Console gaming, as of 2023, is right at its peak, having overtaken PC gaming. And, that’s one reason why gamers are so interested in the Xbox 360 vs Xbox one comparison. Users have been migrating to consoles since their very introduction in the early 21st century. The freedom of 360-degree movement, along with the comfort and portability of console controllers are some of the primary reasons for gamers to move to consoles.

We are all aware of the two giants in the console gaming world, viz., Microsoft’s Xbox and Sony’s PlayStation. We’ve often heard loyal users of either console butting heads with each other over which of the consoles is superior.

Popular public opinion seems to have put Sony’s PlayStation 4 (PS4) right on top of gaming consoles. But, with the arrival of the PlayStation 5 anticipated in late 2020, it is sure to be the king of the ring. Though, this has not changed the loyalty of gamers who used the Xbox 360.

The Xbox 360 is the one of the most sold gaming consoles in history, thus far. Microsoft’s first gaming console had the capability that allowed it to compete with 2 generations of Sony’s Playstations, viz., PlayStation 2 and PlayStation 3. It was really after the arrival of the PS4 that Sony edged ahead of Xbox, but Microsoft hit right back with the introduction of the Xbox One in November, 2013.

But, disappointingly for Microsoft, Xbox One failed to eclipse its own predecessor, the Xbox 360, let alone take over the PlayStation 4. This was mainly due to Xbox 360’s superior multimedia features.

As of 2023, after continuous upgrades and updates to the Xbox One over the years, we can surely say that it is the superior of the 2 generations. Even till date, the question “if it were Xbox 360 vs Xbox One, which would come out on top?” is still at large. So, let’s address this battle and let’s get a detailed look at the 2 consoles simultaneously.

Xbox 360 vs Xbox One – Comparison Overview

Xbox 360 vs Xbox One – A Detailed Comparison

There has definitely been an upgrade going from Xbox 360 to the Xbox One, when we talk about hardware. The 360 has a single 3.2 triple-core processor, whereas the One has a dual quad-core processor, which is definitely much superior. This allows for a much smoother overall experience, when using the Xbox One. The RAM of the Xbox 360 is 512 MB. One can surely say that in 2023, that will not cut it.

Well, Xbox One takes care of that by having a RAM of 8 GB. One more important introduction to their console by Microsoft was the inclusion of 2 computing systems instead of one. The Xbox One has a separate computing system for managing games and another one for managing internet browsing and use of apps like Netflix and Facebook.

One would think that the change in the controllers, going from one console to another would not be too much. But, Microsoft claimed to have made a staggering “40 changes” to the Xbox One’s controllers.

Some other changes to the controllers of the Xbox One, from the Xbox 360, are the change in the D-Pad and Analog Sticks. The analog sticks of the Xbox One Wireless Controller are looser than the original, making movements more fluid.

The analogs have a rubber grips with a curved center to better accommodate a player’s thumb. The D-Pad has seen a massive change, going from the wobbly one to a more stable one, allowing for easier and more accurate clicking of the left, right, down and up buttons. The One’s controllers overall, are sleeker than the original controllers of the 360, making it weigh lighter, further making it more comfortable to play using.

The Xbox 360 has one of the biggest games libraries in the history of gaming consoles, seeing it has been around for more than a decade. But, now that developers have stopped making games for the Xbox 360, and the Xbox One is getting new games day by day, the latter seems to be catching up.

Also, it wouldn’t be too far-fetched to say that gaming should be more about the quality over quantity and the Xbox One sure takes the edge there.  Another factor that gives the edge to the Xbox One is its backwards compatibility. Users can play over 200 games that were originally developed for the Xbox 360, on the Xbox One console.

Many fingers were raised at Microsoft when they failed to deliver their much promised “Multimedia Rich Console”, viz., the Xbox One. Microsoft created a lot of anticipation by claiming that once the Xbox One will launch, it will be far superior on the multimedia front than its predecessor. But that was not to be as the 360 held the number one spot in multimedia features for a very long time.

But that is a story of the past, as of today, the Xbox One boasts a glorious number of entertainment features. Not only has it matched with the Xbox 360, but has gone far beyond it. It currently houses apps, such as, Netflix, YouTube, Twitch, Amazon Prime and BlinkBox Movies to name a few. Also, now that the Xbox One runs Windows 10, users are allowed to download any app from the Microsoft Store that can be run on a Windows 10 device.

The Xbox One, besides these applications, also has the ability to give you the cable TV experience right within the Xbox UI, using apps such as Virgin Media etc. It also hosts a high end media player which will allow users to play audio and video from external USB drives that they connect with their Xbox.

Frequently Asked Questions on Xbox One vs Xbox 360

How much more powerful is the Xbox One than the Xbox 360?

Yes, as of the start of 2023, the Xbox 360 servers are still up, but Microsoft has now stopped the manufacturing of its much loved Xbox 360. The Xbox 360 does still support Xbox Live, but there is a lot of speculation suggesting that Microsoft may finally close down support for the Xbox 360, come 2023.

The answer to this is no. With a massive game library and continued server support from Microsoft, Xbox 360 is far from obsolete as of 2023.

A question that has been asked a lot, lately, is “Is it worth buying an Xbox 360 in 2023?” The answer to that is sadly, no. With a price difference which would be much less than the added features that the Xbox One has, it would be a no brainer for users to get an Xbox One over the Xbox 360. It is very difficult to make a strong case for an Xbox 360, which in its time was one of the best gaming consoles out there. Seeing that the Xbox One is a 8th generation gaming console against the 7th generation console, i.e., Xbox 360, it is sure to be the right choice. Microsoft, over the last few years, has made sure that no one gets to point at the Xbox One and be able to say it isn’t up there.

So, in the battle between Xbox One vs Xbox 360, Xbox One is our clear victor. If you have any queries, questions or suggestions, feel free to let us know in the comments section below! 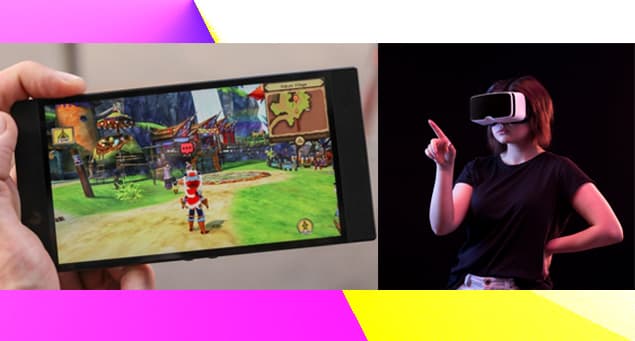 Is it worth the hassle upgrading from an AM3+ CPU to an AM4 CPU?” Let’s try and understand the socket AM3+ vs AM4 difference!

With the surge in new technology, we’ve had a number of people move from PCs to laptops, tablets and even smartphones But, for gamers and video editors, their PCs are their lifeline Not that these people cannot switch to laptops but the real essence of their ‘jobs’ is only felt on PCsThat said, it’s not like PCs have not seen an upgrade in technology We’ve come from a time where 520 KB of RAM was enough to a time where even 16 GB of RAM may not be enough for someone When talking... more
Continue Reading
Product Comparisons