Home
What’s New
Hytale: What Do We Know So Far

Hytale is an upcoming Sandbox block-building video game by Hypixel Studios, the renowned authors of Minecraft Hypixel Server. The developers started development back in 2015, and the game is currently undergoing a beta trial phase.

Hytale combines the breadth of a sandbox game with the depth of a roleplaying game. It immerses players in a procedurally generated world with handcrafted adventure scenarios and where teetering towers and deep dungeons promise the scope of rich rewards. The game also has a fully playable adventure mode.

Given that the creators themselves developed it, Hytale will come equipped with several features designed specifically to help creators use this game to build quality content. This includes a range of cinematic tools, with the scope for custom animations. It will feature block-based construction and consist of many different world editing and cinematic tools players can use in-game.

According to the official website, there will be a series of scenarios like “a mage’s tower overrun with monsters,” underground cave exploration, and gigantic boss battles. The Hytale world is a world of adventure and creativity and is a true delight for every PC gamer.

Hypixel studios own Hytale – the team behind the record-winning Minecraft server Hypixel Minecraft server. Hypixel Studios have over forty developers, and this is the studio’s debut project.

It continues to function as a stand-alone studio while taking advantage of Riot’s expertise, technology, and funding to support the development of this game.

What is Hytale’s Release Date?

Hypixel Studios initially said that the game, as per schedule, was to be released in 2021. Later, in July 2021, they stated that due to the widening of the game’s scope, they would release it in 2023.

The Hypixel team said: “We no longer expect to be ready to launch before 2023 at the earliest, and it could very well take longer.”

What Happened to Hytale?

A Recent report from developers found a lack of release dates. “The company has no launch plans. When we get there, we tell you – but we’re going to be as precise as possible. It seems there is a tendency for people to make predictions of possible dates based upon dozens of different signals, from jobs to accounts that Twitter has verified for a certain reason.”

There is a delay in the game’s release due to further development. The developers want to create a game of greater caliber than the previous ones.

When Did Hytale Team Announce Its Development?

The development of the game started back in April 2015. But, Hytale was announced via a trailer in December 2018 and amassed more than 31 million views in just a single month.

Why is the Launch of Hytale Delayed?

There is a delay in the launch of Hytale because the Hypixel team wants to build a broader game that has been crafted with finesse as new AI and combat changes have been revealed.

The team said they are not in a hurry to release Hytale. The delay is also due to “a commitment to creating the best game we possibly can—contributing to the genre of games that surprises and delights players while empowering creators for many years.”

Is Hytale a Copy of Minecraft?

Future US Inc, the leading digital publisher of gaming reviews said “The game looks and plays the same way as Minecraft, with mobs and biomes. But, Hytale, as a sandbox RPG, focuses more on player-led creation, grafting in powerful tools and scripting systems.” They’ve done this to help players customize Hytale and take it into their own hands upon launch, creating mini-games and making their experience fully custom and unique.

Though the game has similarities to Minecraft, they are not the same. This game has a more complex physics system set in place, which results in trees falling over when chopped down with an ax and the ability to throw regular items at an object. Mobs are significantly more complex in Hytale as opposed to Minecraft.

Players will be able to build and share mods and custom content using a set of browser-based and in-game tools. Players love games where they get to customize stuff because it provides a more personalized experience.

Where Can I Find the Hytale Trailer?

You can find the Hytale Trailer on the official YouTube Channel of Hytale.

What is Hytale Coded In?

To provide a secure, common, and reliable experience for all players, the development team has decided that the Hytale client will not be a shared source, unlike the servers.

Though the game client uses C#, the servers run on Java.

Is Hytale Free to Play?

There are no details on the pricing of Hytale yet. When asked, the developers replied: “We’re still finalizing the exact details of the business model. When that’s done, we’ll share more details”. You can draw a possibility of the game being free to play from the statement issued by the Hytale team.

On their official website, the dev team said, “The game will launch for PC and Mac, with the capacity to run game servers on Linux. We’ll explore the possibility of releasing the game on other platforms during development. For now, our focus is on PC and Mac. “

So, from this statement, you can conclude that the development is focusing mainly on PC and Mac. Still, the game may be released on Xbox, PS4, and other high-performance consoles if the game becomes a Hit.

Will Hytale Be on Steam?

Most likely not; we do not expect the game’s release on Steam.

The release of the game’s final version isn’t there yet. Only the beta version of the game is available to play. You can download the game from Softonic’s official website or any other third-party game downloading website free of cost.

Built by the team behind the custom Minecraft server Hypixel, Hytale has some similarities. It combines open sandbox elements of world-building with an immersive RPG experience, complete with dungeons, challenging bosses, and character progression. Adventure across a procedurally generated world that you can shape block by block.

Our final verdict for Hytale is a positive one, and we recommend gamers try this out at least once. So get one of the best gaming chairs with a footrest, get this game, and have hours of fun! 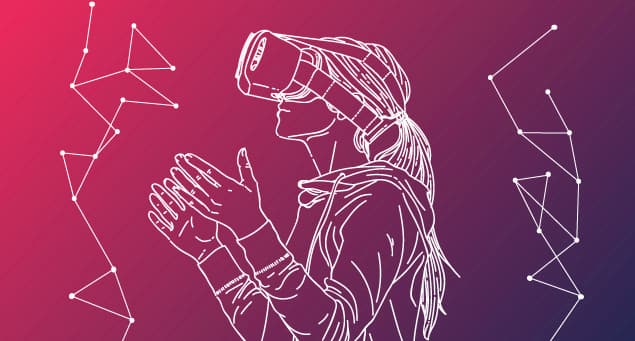 Can You Preorder Hogwarts Legacy?

Is Elden Ring Cross Platform All the games that FromSoftware has developed and released after Demon's Souls have been crazy, and all have introduced mind-boggling features that no game developer has even tried to introduce into their games We're not talking about just the difficulty These features include leveling up, storyline, currency, and how characters die in the game When FromSoftware introduced these features in the games, every gamer was unaware of how to make the most of... more
Continue Reading
Leave a Reply
Cancel reply