Home
How To
How To Reset Ley Lines Genshin Impact?

Ever wondered how to reset Ley Lines in Genshin Impact? Let’s find out!

A Ley Line is a matrix of memories and elemental energy of anything that has resided or lived in the Genshin Impact world. This includes everything that has lived above the Abyss and down below in the Abyss.

Ley Line Outcrops are essential if you want to accumulate in-game money and level up your Genshin Impact protagonist directly. If you defeat Ley Line Outcrops and claim their rewards, you can acquire a significant amount of Mora (Genshin currency) or character exp materials. Make clearing Ley Line Outcrops an everyday routine, and you’ll be on your way up in no time.

Every area in Genshin Impact will have one Blossom of Revelation and one Blossom of Wealth when you start as a newbie in the game. Navigate to either of the outcrops icons so that you are synced to the next time an outcrop will appear.

As you move up the levels and continue with your exploration journey in Genshin Impact, you’ll battle against the tackle domains and the elites. All these activities will use up your “Original Resin.”

How Long Does It Take for Ley Line to Reset?

You cannot manually reset Ley Lines but they reset daily at 6:00 game time.

Revelation is a flower that emerges from the Ley Lines in reaction to someone’s desire to fight. Perhaps the riches within it might help one remember the dangers they faced previously.

Based on your World Level, The Blossom of Revelation gives Leveling-Up Resources and Companionship XP.

A “Wealth” flower blossom emerges from Ley Lines in respect to somebody’s wants. Perhaps the jewels within it might temporarily satisfy a person’s financial ambitions.

The Blossom of Wealth grants Mora and Companionship Bonus rewards based on your World Level.

After you complete any outcrop, another will spawn in the same nation but a different region.

Blossom of Revelation and Blossom of Wealth Locations

Each nation in Genshin Impact has offered one Blossom of Revelation and one Blossom of Wealth challenge. Another will appear nearby when players accomplish any of the two tasks and use Condensed pr Original Resin to rejuvenate the outcrop.

Open the global map and seek for blue or golden cloud symbols to find the exact position of a Ley Line Outcrop. The Blossom of Revelation is represented by the blue ones, while the golden ones represent the Blossom of Wealth.

Tips for Killing it in The Ley Lines Outcrop Game

Below are some useful tips to help you bag the Ley Line Outcrop challenge and earn huge rewards.

Keep a Close Eye on Your Resin

Focusing on the mathematics of Ley Line Outcrops is critical to finishing them and helps you use your time more wisely. Each daily reset begins with a particular quantity of resins, a power source needed to collect prizes.

Completing many Ley Line Outcrops may rapidly deplete your daily allotment, so plan ahead. Original Resin restores one point every 8 minutes and takes around 21 hours to replenish itself.

If you are out of Original Resin, know that you may quickly acquire sixty points by converting Fragile Resin or Primogems.

Clear the Area Around You

While the specific placements of Ley Line Outcrops vary, one crucial guideline for completing them stays consistent regardless of location – always clean the area first! When you get to the Ley Line Outcrop region, you will notice a giant revolving globe that appears to be linked to the earth. To fit their kind, these will be azure or golden in appearance.

Ley Line Outcrops are frequently surrounded by objects, monsters, and other items that, if left uncleared, may convert simple combat into a much more difficult encounter. Start preparing for this possibility by clearing up any cactus, ice, or fire flowers near the Ley Line – and keep an eye out for annoying Whopper Blooms or other pop-up opponents that may interrupt the battle!

Eating food is one of the finest methods to effectively accomplish a Ley Line Outcrop. Several sorts of food options can increase group members’ stats, making combat simpler to win. You must prioritize Crafting (and consuming!) food should, as it is especially beneficial in combating Ley Line Outcrops.

Potions are also helpful; however, the bulk of potions only improve one elemental type for 300 seconds, so it’s best to finish the combat quickly! Remember that the benefits of meals and potions do not spread between co-op party members.

Setting aside time to focus entirely on finishing Ley Line Outcrops is among the most effective methods to master them, and it pays not to be sidetracked in the procedure.

As activated, Ley Line Outcrops will construct a link chain of fights scattered around the map; when you finish one, another will appear, and so on. Such strands vary in length (typically five per chain, although they can stretch), but they usually remain within strolling (or gliding) distance of one another. You can frequently do another Outcrop from the location of the previous combat.

Don’t be tempted to visit a neighboring Domain, as you’ll need your resin to obtain any Ley Line Outcrop prizes.

Your Party Should Be Balanced

This may be a simple suggestion, but optimizing your group is one of the most critical methods to advance in Genshin Impact. For example, Ley Line Outcrops frequently hurl foes of several elemental sorts at gamers in a single encounter. If your group has only one elemental component, the combat may become highly challenging (and sluggish!).

You should use your maximum level characters to complete Ley Line Outcrops as quickly as possible. Make sure your party has strong elemental combos, and consider having tank-like warriors with Claymores like Noelle, Razor, or Chongyun. When you’re feeling good, you may fill your team with DPS characters while excluding a healer, but don’t forget to account for their abilities.

Think About Anemo Characters For AOEs

There is no requirement to utilize a certain elemental archetype for Ley Line Outcrops. However, focusing on Anemo (or Wind) based heroes is beneficial while finishing these bouts. You may utilize Swirl, an Elemental Reaction devised by Anemo characters that, in combination with Hydro, Cryo, Pyro, or Electro elements, is nearly tailormade for battling Ley Line Outcrops.

Jean, Venti, and Sucrose all have AOE abilities that generate tornado effects that gather and re-center foes. When you use Swirl, you can use it to build sweeping elemental combinations throughout the arena simultaneously.

This strategy is necessary to cope with the Ley Line Outcrop adversaries, who you frequently see over the terrain. When used with Pyro characters, prepare to light adjacent plants and opponents on fire!

Co-op multiplayer mode is one of the greatest methods to quickly and effectively accomplish Ley Line Outcrops. Still, before inviting a buddy into your world, there are some crucial factors to consider!

Although you may be keen to share your treasures, keep in mind that any meals or potions used to bolster your group during Ley Line Outcrop combat will not instantly spread to your co-op partner’s players. Also, when picking party members, be sure to talk with your pals so that you may find a way to balance out your squad to achieve maximum elemental effects.

Everyone tackles a combat differently, but prioritizing specific adversaries in Ley Line Outcrops may make the fight a lot easier. Whopper Flowers, both Cryo and Pyro, are frequently found on the margins of Outcrops, so search for all of them and activate them before touching the Ley Line directly.

Samachurls and other ‘caster’ characters are also ideal to prioritize in combat since they provide a huge AOE impact that can slow down the fight. Aside from these two ideas, removing smaller, swarming opponents like Hurlichurls is usually an excellent option for allowing players to view the battlefield.

Power up Your Elemental Bursts

Elemental Bursts aren’t just visually appealing (particularly when combined with other elements in play), but they are also extremely powerful in Ley Line conflicts. By concentrating on Elemental Mastery attributes and equipping items that increase Energy Recharge, you may improve your Bursts.

You may also harvest Ley Line Outcrop to accomplish the ‘Complete Ley Line Deposit Challenges 20 Times’ monthly Battle Pass task. You must finish only the challenges. Players will get 450 EXP every week as a result of this. Finally, you can finish Ley Line Outcrops without taking the prizes, allowing you to save your valuable resin for later fights.

Why Should You Grow Ley Line Outcrops?

Genshin Impact players should avoid farming Artifacts in the early game. Players can farm a few character and weapon ascension materials with their resins. However, farming Ley Line Outcrops with it will help you accumulate Mora and character EXP resources. This will prove helpful later in the game once you develop a stable of five and four main characters.

You may argue that you should utilize them to level up instead of farming artifacts. That’s all right. That method is also an option. However, consider that leveling up heroes or their abilities necessitates a significant amount of Mora and character experience materials.

Ley Lines of Revelation provide character experience resources, which appear as blue wisps on your map. Lay Lines of Wealth, on the other end, are golden flecks that grant Mora (the in-game “gold” currency of Genshin Impacts). Ley Line Outcrop rewards are genuinely lucrative. To unlock them, you’ll need 20 Resin, but only after completing the task linked with them.

You can always select the battle and simply walk away without such rewards if you choose.

Go to the map’s location and engage with the Ley Line Blossom to finish a Ley Line. Interacting with the Ley Line opening will start the challenge. You must defeat a small wave of attackers before a flower appears. You’ll need to pay 20 Resin to open the bloom for its gifts. However, the game will ask whether you want to, which is a good buffer. Then, use the available resin to claim rewards depending upon the nature of the blossom that you challenged. Beating the Ley Lines outcrop challenge is a tiring task, so make sure you have a good gaming mouse to keep you ahead of your game!

Remember that Resin replenishment costs time or Primogems, so if you already have other Genshin Impact duties to perform for the day, you might want to bypass Ley Lines completely. Complete them when you’re in a pinch for character experience or money. 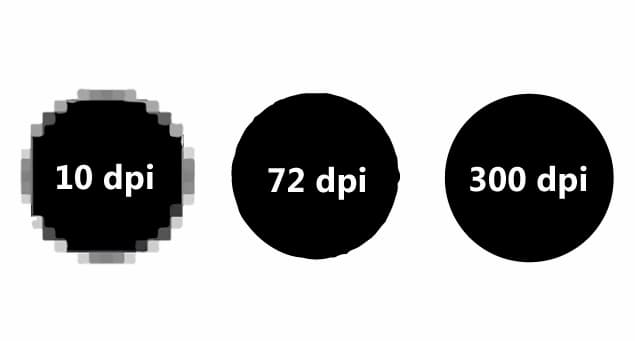