Home
How To
How to Escape Prison in BitLife?

It seems like you’ve found the best BitLife tutorial – How to escape prison in Bitlife – for gamers. Even if the security measures are very severe, you may count on us to assist you in escaping the jailbreak from any prison with this BitLife Guide!

If you find yourself in prison, you have an opportunity to get away, but BitLife won’t make it simpler for you.

So, without any further ado, let’s jump right into it!

How Many Riots Does It Take to Escape Prison BitLife?

To get out of jail when there is a riot in BitLife, you will first need to initiate the riot. You’ll find the option to do this under the Prison menu, below the heading “Riot.” After that, you will participate in a game called Snake, which requires navigating the room while avoiding obstacles and picking up other players. As you continue to collect them, police officers will begin to show up, and you will need to evade them.

Your first uprising will require you to assemble fewer detainees than later ones. When you have all of them in your possession, the uprising will begin, and the game will give you the consequences of its aftermath. In most cases, you will harm many people, and some will lose their lives. You only have one shot at rioting every year, so if you blow it this time, you’ll need to start the application again.

There is no pattern to who survives the riot and who does not. It also seems likely that you will not be able to flee the facility even if you manage to round up a smaller number of prisoners. We attempted 10 different convicts several times, but we could never escape. So when the total hit 20, we could finally do it successfully!

How to Escape From Prison in Bitlife?

You may play the motion-based board-style mini-game in Bitlife to attempt to get out of jail after cops have locked you up. There are a few other mini-games to play in BitLife, but the one that started it all is an escape game, and it’s still our favorite of the bunch. So in this game, you have to solve a problem to escape jail.

On the other hand, you have over 20 distinct jail designs to choose from while attempting to get out of prison in Bitlife. These are all possible prison card alternatives for Bitlife’s escape, ranging from the lowest to the maximum. The following is a selection of the jail maps you may see when playing BitLife.

We have cheat sheets that provide the blueprints of every jail in the game. The following is a comprehensive list of all the jail layouts available in the game and advice on how to escape each. If you are now being held behind bars at Bitlife and want to be released, the court also includes you in this lawsuit.

The creators are constantly introducing new prisons. Therefore, if you don’t discover yours in this article, let us know in the comments so that we may find a good solution to your issue. This article contains methods to escape the jail in Bitlife since the developers are continuously adding new jails.

In Bitlife, you have various options for getting out of prison. However, the simplest one is to close the game on your phone and start it back up again as soon as the judgment is visible. Players may find it challenging to get out of jail, particularly if they are starting the game.

You can easily get out if the police are holding you in BitLife’s low- or medium-security jail. These are the escape routes from the medium and maximum security prisons in BitLife:

The game has mirrored jail layouts. It would be best if you made some changes to win. If you fail to escape, you may try again a year later.

Each map is labeled “Star” and “Exit.” Each grid-based map has various barriers you can pass but the officer can’t. Using the item may let you reach the exit easily. Maximum Security and Normal Security are game difficulties. Normal security is easier to trick than Maximum Security.

Note: The Guard doubles your moves, and the guard will walk horizontally toward you.

Possibly the game’s most accurate map layout. You must corner the guard to trap him with the hurdle. You may leave after that. Really? Everybody wants a Prison Ribbon. They’ll do any crime for that. The game might increase your jail time. When escaping Bitlife’s jail, be cautious. Playing more increases learning.

Before playing, choose your character. The game covers everything from rockstar to doctor.

You and the Guard move concurrently on a grid-based map. After seeing your horizontal movement, the guard will approach you. It’s the easiest level since you travel from right to left till the dead end and ahead. Next, return your character to the dead end and go back. Then, depart.

Start and endpoints are on each map. The map features a police officer and an escaped prisoner. Trapping the guard in a safe spot may help you win. Therefore, avoid the guard and keep ahead of the guard to win. To trick the guard and get away from this area, you must guide your protagonist around the corner and make your way stepwise towards the door. That’s how you trap and flee the guard.

Easy map. The guard will be trapped automatically. Start going right and down, and before the dead end, follow the left way to win.

BitLife Prison Escape Walkthrough/Guide provides precise instructions for completing maps. The jail is secure, and a prisoner can’t overrun it. So, flee intelligently.

The guard blocks the exit on the map. Hence, you must approach the guard to get his notice, return to your starting place, and depart. Four-button controllers are reflexive. Getting BitLife Prison Ribbon requires completing all Prison Maps.

Note: When you move, the guard moves twice. Therefore, you must consider guard movement.

One guard. You can’t cope with him near the exit. So, walk left and then up to the finish. At the conclusion, turn right and continue. Make a left after stepping down. Backtrack to your starting point and reach the exit to win.

The game often mirrors maps, like 5×7 to 7×5. The road out of jail won’t change, but you must prepare yourself. Horizontally, the guard marches twice toward you. The BitLife 5×7 Map reveals the guard is imprisoned but inaccessible when you walk right. Follow the red lines to finish BitLife 5×7 Prison Map.

The game mirrors the geography to test your intelligence, but the path is the same.

BitLife: Life Simulation lets you choose your gender, birthplace, and skin tone. Choose your moniker. After that, you might be a criminal or a nice person. After dying, the game awards you with BitLife Ribbons. Here’s how to escape all BitLife prison maps. The guard stands at the 5×7 Prison Map’s Exit Point. Follow the methods to escape, breach security, and deceive the guard:

The prisoner and the guard can’t see each other due to a barrier. You may proceed straight to the exit, where the guard will capture you. Force the guard to pursue you out of the area to escape. Follow these steps next:

Unique and hard maps are possible. When fleeing jail, you may visit areas several times. First, take a step left and down and then right and down to the finish. Steps to escaping the map:

Tricking the guard isn’t as simple as players think, making this a challenging map. Whenever they attempt to deceive the guard, it comes back. To beat all stages, you need a How to Escape Prison Guide. If you desire BitLife Prison Ribbon, we can assist you. So be a criminal to get a Prison Ribbon.

Robbing a bank, murdering someone, or stealing money is no longer a concern. Mini-games and multiple-choice questions show how you spend your time. Your decisions will define your Ribbon rewards from the beginning to the conclusion. In 6×6, you must take absurd moves to draw the guard’s notice or move him.

If the map is too challenging, you may return to your cell.

Before beginning BitLife Escape Map, realize that the officer retakes your step twice. It would be best if you fled strategically. We have all BitLife Guides, from Houdini to Famous Ribbons. To accomplish your goals, you must monitor Happiness, Karma, etc.

Bitlife 7×4 Map is easy to escape and straightforward. Left three steps, then up, right, and down to the finish; Escape with your character.

Bitlife 8×7 Layout is difficult and time-consuming. To deceive the security guard, you must travel practically the whole map and be active; else, you’ll end up behind bars again. A failed attempt may result in a life sentence in prison. BitLife Prison Escape Guide helps you escape all prison layouts.

Escaping Maximum Security’s Prison Layout 8×8 is difficult. Normal and Maximum Security test your fleeing abilities. We recommend tracking the guard’s movement. To reach the exit, avoid the guard. Explore the map to locate places to trap the guard so you can escape. Most of your moves will be left.

All players’ ambitions are as different as their fingers. BitLife players want Jailbird Ribbon, while female gamers may want Gold Gigger Ribbon. Escaping prison in BitLife is relatively easy.

Final Words – How To Escape Prison in Bitlife

You have arrived at the proper location if you are one of those gamers looking for a BitLife Guide on How to escape prison. Bitlife is almost a life simulator. Our goal was to explain how you can utilize it to get out from here. We gave maximum prison map solutions. There is just one guard in the immediate vicinity watching the departure point.

You must continue moving down the red route to fool the guard and get to the level’s finish so that you may escape the jail. The longer you play the game, the more you will discover how to escape from every jail layout that the game has designed to challenge your abilities. If you are unsuccessful in escaping the prison, you’ll be sentenced to prison again for attempted escape. Put to use these tips to escape prison in BitLife easily. But make sure to escape safely. 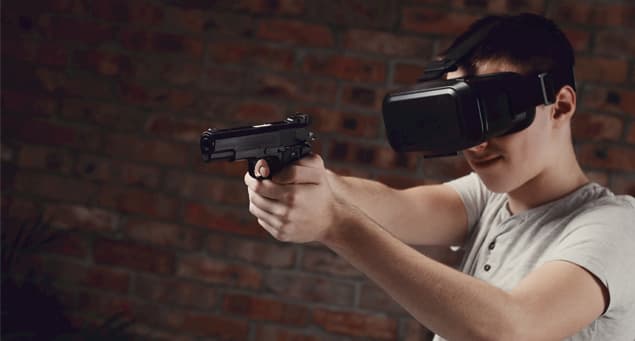