Home
How To
How Does VR Gaming Work?

The gaming industry has seen a lot of upgrades and updates to the technology in the past decades. From a time when watching a half-decent 3D animated game amazed us to a time where we can convert our entire world into 3D reality, gaming sure has come a long way. Today we will answer a question we’ve received from hundreds of users, “How does VR gaming work?”

Virtual reality gaming, also known as VR gaming, came as a revolution in the gaming industry. Now, you can experience games that you could previously only experience in front of your eyes, on a screen, as a whole world around you.

What Is VR Gaming?

VR gaming refers to gaming using a VR headset that transforms their field of vision into an artificially-illustrated reality. In other words, it simulates an artificial 3D world where you can experience using your senses such as hearing, sight, and touch.

You can use VR for gaming as well as educational and work purposes. Professionals such as doctors, pilots, etc., can use VR simulations to practice their real-world jobs inside the simulation, making it completely risk free. Educational institutions also use VR for imparting information to their students via demonstrations and presentations.

Now that we know what VR is, let’s address the elephant in the room. How does VR gaming work?

How Does VR Gaming Work?

A necessary tool to access VR is a VR headset. Oculus, HTC, and Google are some leading brands in the VR industry. Oculus Quest, HTC Vive, Sony PS VR and Samsung Gear VR are some top-rated VR headsets on the market today.

A VR headset comprises some basic elements viz. lenses, a screen protected by a visor (mobile VR headsets use your mobile’s screen), internal/external motion trackers, audio output (some have a 3.5 mm jack only and no internal speakers) and wires.

Mobile VR headsets and standalone VR headsets do not use any wires. All these elements of a VR headset work in tandem to provide you with the virtual world around you.

The wider the field of vision the VR headset, the better the VR experience. Apart from the lenses and the screen, the frame rate and refresh rate of a VR headset enhance the overall VR experience.

Now that the display part of VR has been dealt with, let’s understand how the whole movement system works. Every VR headset comes with some sort of a tracker.

They are either built into the VR headset like the Oculus Rift S, or they are external trackers, like the HTC Vive. These trackers play a major role in VR as they are one of the key reasons why you can have a 6 DOF (degrees of freedom) experience.

Lastly, what’s also important is the sound. Assume that you’re looking at a zombie in front of you in VR but the sound of it is coming from behind you. It ruins the whole experience, doesn’t it?

Therefore, a proper stereo sound experience is as essential to a VR experience as the VR world itself. As discussed above, some VR headsets come with built-in directional speakers. Others come with a standard 3.5 mm audio jack for you to be able to use your headphones for audio output.

What Do I Need For VR Gaming?

So, what all do you need for VR gaming? To begin with, you need a VR headset, because without one, there is no VR gaming.

Apart from the VR headset, you may also need headphones as some VR headsets do not have a built-in audio output. We also recommended trying VR only, when you have no obstacles around you. Playing VR in the presence of another person is also highly recommended. 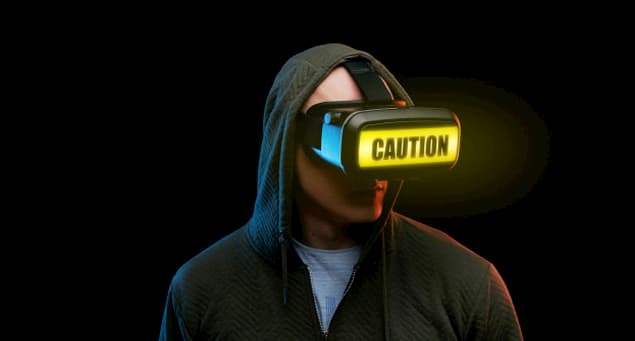