What Is Virtual Reality?

In simple terms, VR is an artificial environment created using software and technology. But, unlike the virtual world we experience on computers and televisions, virtual reality is designed as such that the user believes and interprets it to be a real environment. So, what facilitates “Virtual Reality?” The answer is ‘VR headsets.’ These headsets comprise a few elements viz. a head-mounted display that has a different display for either of the eyes, a stereo sound headset and a motion-tracking sensor.

VR headsets are used for a number of reasons. Organizations use them for on-the-job simulation training, such as army training, medical training, pilot training, etc. Schools and colleges use VR headsets for educational demonstrations and presentations. But, the most common use of VR headsets is in ‘gaming.’ Yes, now you can play games that require you to go outside while staying inside. Congratulations to all the couch potatoes out there.

Which Are The Best VR Gaming Headsets?

Our VR experts picked different headsets on the market and put them to the test. Based on the experience, video quality, stereo sound quality and motion tracking ability, they concluded their testing spree with the following results: 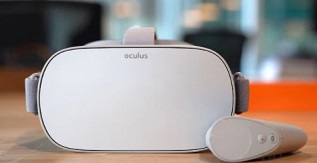 The Oculus Go is the perfect VR headset for those who are not too familiar with the broader ‘Virtual Reality’ concept but are eager to see what it is. It is the best budget VR headset on the market that will give the complete feel of virtual reality while not costing you more than $200 (unless you want a higher version). It comes with a controller that makes navigation really easy.

The biggest advantage of the Oculus Go VR Headset is that it is a standalone headset, i.e., it has no wires dangling around, making your experience all the freer. You do not need to connect it to a PC, phone or console. Just turn it on and there you go. Also, being wireless makes these easy to carry around.

The Oculus Go can be a great pick for watching movies in your ‘personal theatre’ with a 180-degree display. Oculus has a huge library of apps, movies, music and games for you to explore and enjoy in your virtual world. Now, people wearing glasses must be wondering if they could use the Oculus Go with their glasses on. The answer is yes. The Oculus Go has been designed with such efficiency that the visor has enough space for you to enjoy the VR experience with your glasses on. So, clarity, comfort and entertainment. Can’t really complain, can we? 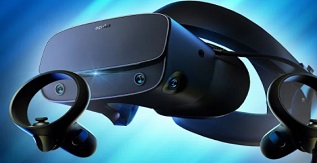 When the Oculus Rift came into existence in 2012, the world was introduced to an all-new VR experience. With the Oculus Rift S, Oculus has set out to make improvisions to their previous model, Oculus Rift. But, contrary to expectations, the Oculus Rift S is not exactly an “Oculus Rift 2.” Of course, the Rift S has backward compatibility. It comes with 2 Oculus Touch Motion Controllers that are used for navigation and gaming purposes.

The Oculus Rift S works with your PC, using a DisplayPort and a USB 3.0 port connection. The cable length is 10 feet and it allows you to roam around the room without pulling the PC with you in the process. But, that still doesn’t change the discomfort of having a wire dangling around you, unlike a standalone VR headset.

The Oculus Rift S uses speakers to direct sound into your ears, instead of using in-built headphones. But, the headset comes with a 3.5 mm audio jack, if in case you wish to connect it with your own headphones.

On the comfort front, the Rift S does pretty well. It has been designed to provide users with the utmost comfort. The headband is different from preceding Oculus models like Rift and Quest. It has a plastic curve mould added to the back of it with a handsome amount of padding to make your VR experience all the more comfortable.

The sound quality, as well as the visual output quality, similar to previous Oculus variants are top-notch, but better. With a complete LCD instead of dual OLED displays (in previous variants), the image output is much clearer and sharper. Although, it compromises on the refresh rate a little bit to maintain the overall price aspect of the Rift S. 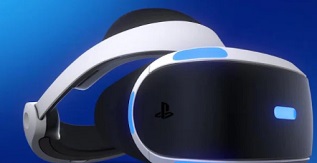 The PS VR works in tandem with the PS Camera which is necessary to use the PS VR headset. Plug both these into your PS4 or PS4 Pro and you’re good to go. The PS VR is the most budget-friendly tethered VR gaming headset on the market (including the cost of the PS Camera).

On the design front, the PS VR is one of the most gracious looking VR gaming headsets out there. It is made to provide the perfect fit for the users while being comfortable to wrap around at the same time. The headset is slightly toward the heavier side but nothing that makes your head feel awfully loaded. The headset’s fitting system is completely adjustable so as to ensure that the smaller and bigger heads also get a perfect VR experience.

The PS VR features a 5.7” OLED 1080 p display with a fantastic frame rate of up to 120 fps. This not only ensures that the users get a great display output but also that the immersiveness of the experience stays completely on top. The PS VR is rigged with LED lights around the headset, as well as the DualShock Controllers. These LED lights work as detectors by the PS Camera which tracks your motions and positioning using these LED lights. This ensures that the movement inside your virtual reality matches exactly to your movements in real life.

Also, just like any other top gaming VR headset, the PS VR comes with the 3D stereo sound effect, enabling you to pinpoint exactly the direction of each sound. 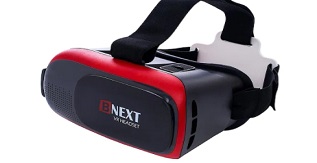 Apple has been right on top when we talk about technology but virtual reality is something they haven’t really touched upon quite yet. Hence, we do not have many compatible VR headsets for the iPhones but the BNext VR headset does just enough to give the Apple users a very rookie-ish VR experience.

You cannot interact with your VR surroundings using the BNext VR as there are no controllers or buttons. All you can do is passively observe the VR experience, wherein the motion detection and tracking depend on the sensors of your respective phones.

On the visual quality front, the BNext VR is average but seeing it costs only around $30, what more can we expect? Again, the picture quality also more-so depends on the picture quality of the phone in use. There is also some leakage of light into the VR headset which may prove to be distracting.

Lastly, on the comfort front, the BNext VR headset does just enough. There is some room for ventilation which is a plus but this headset may not appeal to people using glasses with a bigger frame. Also, even though the padding around the forehead is comfortable, the headset has an odd pressure point near the bridge of your nose. 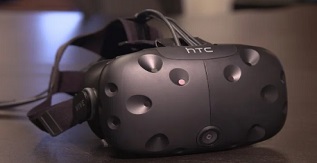 The HTC Vive VR Headset is one of the best VR gaming headsets on the market. Released in competition to the Oculus Rift, the HTC Vive is the perfect companion for gamers who love sticking to their PC games on Steam. In true sense, the Oculus Rift and the HTC Vive are at par, but the Vive just has a slight edge over the Rift, as per our experts.

The system requirements to use the HTC Vive are unsurprisingly high. Users who choose to spend a ton of money on VR gaming are usually into high-end gaming, and are sure to have stacked PCs.

The HTC Vive is a product produced by a partnership between HTC and Valve. HTC and Valve bring to the table something we call “SteamVR”. SteamVR is the virtual reality system designed by Valve and HTC which allows users to enjoy over 1500+ Steam games and lets them get regular updates directly from Steam.

The motion tracking on this beast of a headset is insane. The headset is rigged with 32 motion sensors in addition to a camera at the front of the headset. These allow you to have the most realistic motions inside the VR experience and also allows the system to understand your environmental surroundings perfectly.

Also, the Vive allows you to play itself while sitting, standing or space of 11’5” x 11’5”, using its “Chaperone” system, which uses two laser emitting bases, set up in the corners of the room you are playing in. These bases, coupled with the Vive touch controllers allow for a great level of accuracy. Sounds exciting, doesn’t it?

The graphic and visual quality of the HTC Vive is right on top with a 2160p display and a refresh rate of 90 frames per second. Also, the 3D stereo sound effect is top-notch.

What are the various types of VR gaming headsets?

There are essentially 3 types of VR headsets and we have covered one of each kind in our analysis above. They are Standalone VR headsets, Tethered VR headsets (PC/PS, etc.) and Smartphone VR headsets. Essentially, the purpose of all three is the same, i.e. giving users a virtual reality experience. But, each of them does it in a different way.

Are VR headsets only used for recreational/entertainment purposes?

No, as discussed earlier, many organizations and educational institutions use VR headsets for the purpose of simulative training and presentations. For example, medical institutions have simulation programs that allow students to perform surgery in a virtual environment using VR headsets.

What are some side-effects of using VR headsets?

VR headsets, without a doubt, come with their share of side-effects which include nausea, dizziness, eye strain, headaches and even seizures in extreme cases. It is advisable to use VR headsets in a properly managed manner which doesn’t really affect your health. Using VR headsets for long periods of time can genuinely raise issues.

From what we have learned, Oculus and HTC are the frontrunners in the Virtual Reality industry. Having 2 players in the same industry, fighting it out to come on top is always a good thing for users, as it leads to constant technological upgradation. VR is still a relatively new concept but more and more people are becoming aware of the idea of it in recent times. Stay tuned for more VR gaming headset reviews from our experts, to keep you updated on the ‘world of the virtual.’

If you have any queries, suggestions or questions, please feel free to let us know in the comments section below! 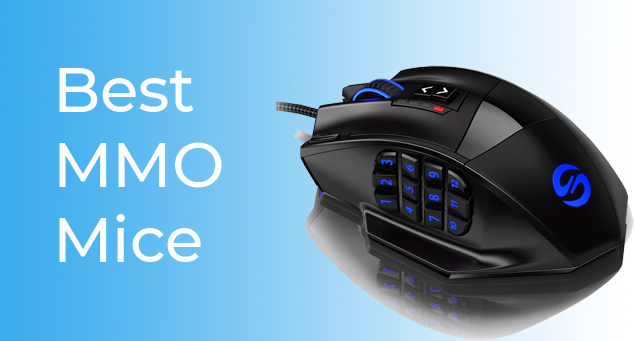