If you’ve recently purchased the Oculus Rift S, a new addition to the popular Oculus VR headset, the best Oculus Rift S accessories are somethings that you would definitely like to explore. 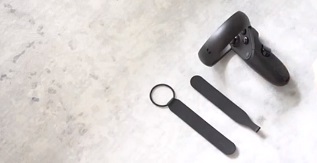 Providing users with a delightful VR experience is the key to engaging them and this is where knuckle straps come into the picture. They help a great deal in providing your arms with some rest when you are using the Oculus Rift S controllers for longer durations. Not only this but they also help in enhancing your VR experience, and adding extra protection and stability to your controllers.

Firstly, they are made of premium-quality rubber, which is long-lasting and sturdy. The grip is great and the controllers don’t slip when attached to the straps. The velcro tape is made of nylon and comes with a simple peel and stick mechanism. Therefore, using the straps and fastening them to your controllers is extremely easy.

Secondly, they provide you with an incredible VR experience by holding your controllers and providing you with the assurance that your Oculus Rift S controllers will not slip and fall down.

Overall, the KIWI knuckle straps are comfortable, lightweight, easy on the pocket, and suitable for hands of all sizes. They are perfect for long gaming sessions and were so comfortable that we completely forgot we were wearing them. 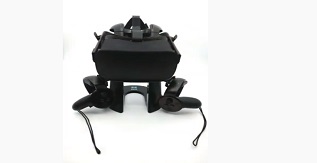 We are sure that for most of you out there, your Oculus Rift S VR Headset is your most prized possession. Well, if that is the case, then it also deserves a good VR Stand and Headset Display to rest while you are not using this.

The AMVR VR Stand and Headset Display is one of the most durable VR stands and headset displays for Oculus Rift S on the market. The stand is easy to set up (you can assemble it in 4 easy steps) and use, and does not take a lot of space. When not in use, you can unassemble it and keep it aside.

Firstly, the AMVR VR Stand and Headset Display is made of high-quality materials and lasts as long as the Oculus Rift S Headset and Controllers. The headset sits beautiful on the top and you can hang the controllers on either side. Secondly, the stand is durable and adjustable.

Lastly, you can also use the stand with other standard-sized VR headsets, such as Oculus Go, HTC Vive, Sony Playstation VR and so on, and VR glasses. However, the stand can only hold the Oculus Rift S controllers and is not compatible with other VR controllers on the market.

We tested the product twice and it works exactly as advertised. We were skeptical about purchasing and testing VR headset stands and display at first, as we heard that they can damage the VR lenses; however, thanks to the 1.5-inch gap between the headset and stand, you won’t face any such issues with the AMVR VR Headset Display and Stand. We highly recommend the stand and feel that it is one of the most useful accessories for Oculus Rift S. 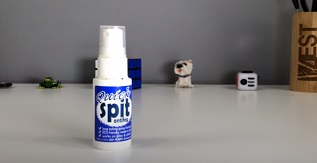 If you’re an avid VR headset user, you probably know how quickly the inner lenses can get dirty and fogged up because of your sweat. Nevertheless, there’s a quick solution to defog the lenses and use them – an antifog spray. After all, you don’t want to spoil your VR immersion experience by constantly taking off your headset to clean the lenses, right?

We’ve found the perfect antifog spray for Oculus Rift S. Just Add Water is an extremely affordable antifog spray that is suitable for both dry and wet applications. It does not comprise any toxic ingredients, so you won’t have to worry about any side effects on your eyes or skin.

We tried the spray at least 20 times and it gave wonderful results all along. Therefore, we suggest purchasing the Just Add Water antifog spray to keep your Oculus Rift S lenses clean and clear. We bet you will not find a cheaper alternative anywhere. 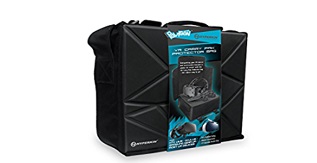 If you are planning to go to your friend’s place for a gaming tournament with your Oculus Rift S Headset and Controllers and are looking for a safe and secure backpack to carry the headset-controller combination, we have a great suggestion – the Hyperkin Backpack and VR Protector Bag. After all, a high-quality VR headset deserves a high-quality carry bag. Do you agree?

Even though Hyperkin is not specifically designed for the Oculus Rift S, we found it to be a great fit for the headset and its controllers. We could easily fit all the components on the Oculus Rift S into this protective bag.

Secondly, the protective bag is secured with high-quality clips to prevent the opening of the protective case in case of an accident or fall, and comes with an adjustable strap for better portability.

Per our experience, Hyperkin has ample space to store the Oculus Rift S Headset and Controller. It can also squeeze in a few accessories, such as the antifog spray, knuckle straps and so on. 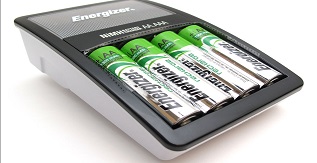 As an Oculus Rift S owner, you need to be at the top of the game when it comes to keeping the wireless Oculus Touch controllers working. So, to ensure your gaming sessions don’t get interrupted because of battery issues, we tested a variety of batteries with chargers and narrowed down our choice to the Energizer AA Rechargeable Batteries With Charger.

Another great thing about the battery-charger is that it’s extremely affordable. In conclusion, the Energizer AA Rechargeable Batteries With Charge Combo is the best battery-charger combo out there for the Oculus Rift S. You really don’t need to look anywhere else. 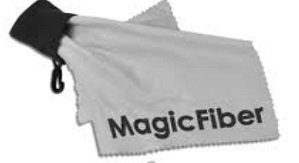 Microfiber cleaning cloths are a must for products with sensitive lenses, such as the Oculus Rift S. Yes, that’s right. It’s of the utmost importance to protect the lenses of such an expensive product.

The MagicFiber Microfiber Cleaning Cloths can be a great pick for the Oculus Rift S. Even though you’ll find over 20 microfiber cleaning cloths on the market (we tested at least 10), MagicFiber is the best. You can purchase packs of 2, 6, 13 or 30 cloths.

Secondly, the microfiber cloths are washable and reusable. So, you don’t have to keep getting new packs now and then.

All in all, the MagicFiber Microfiber Cleaning Cloths can be a great choice for the Oculus Rift S. 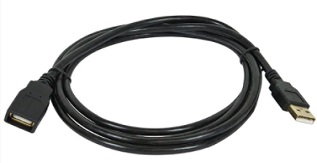 If you are looking for good-quality extension cables to expand your VR play area, we have an excellent suggestion. Even though Oculus provides longer USB cables for the Rift S, Oculus Sensors need to be positioned further away from your computer. This is where the role of the Monoprice USB-A Extension Cable comes into the picture.

Even though you probably are aware of the Oculus Rift PC VR System requirements since you are an Oculus Rift S owner (or planning to become one soon), we thought it would be a good idea to quickly look at them once again before you buy any accessories for the Oculus Rift S.

Do you need Playstation for the Oculus Rift S?

Does the Oculus Rift S work on Mac?

No. As already mentioned above, the Oculus Rift S only works with a Windows PC. Therefore, it does not work with Mac.

Which VR headset should I get, the Oculus Rift S or Oculus Quest?

Both the Oculus Rift S and Oculus Quest are pretty similar. They share the same gaming platform (mostly same titles), and same software. However, the most significant difference between both is maneuverability.

Other differences and similarities between the Oculus Rift S and Oculus Quest include:

Therefore, if you are looking for a completely wireless experience, the Oculus Quest would be a good option for you. However, if you want a spectacular VR immersion experience, we suggest you purchase the Oculus Rift S.


Is the Oculus Rift S worth the downsides over the original Rift?

Here’s a quick roundup of the pros and cons of the Oculus Rift S to help you determine if it is worth upgrading from the Rift to Rift S.

ESRB or Entertainment Software Rating Board, is a self-authority body in the interactive entertainment software industry.

So, what are your thoughts after checking all the accessories for the Oculus Rift S discussed above? Are you struggling to decide which accessory you should buy first? Well, you can start with the AMVR VR Headset Stand and Display, followed by the KIWI Knuckle Straps, Just Add Water Spray and MagicFiber Microfiber Cloths, and so on.

The Oculus Rift S is already an excellent product (it is one of the best VR gaming headsets on the market); however, with some great accessories it can completely enhance your VR experience. Please share your suggestions and thoughts in the comments below!